A peek into one of the most emotionally-charged films celebrating three “unsung heroes” of Blues. 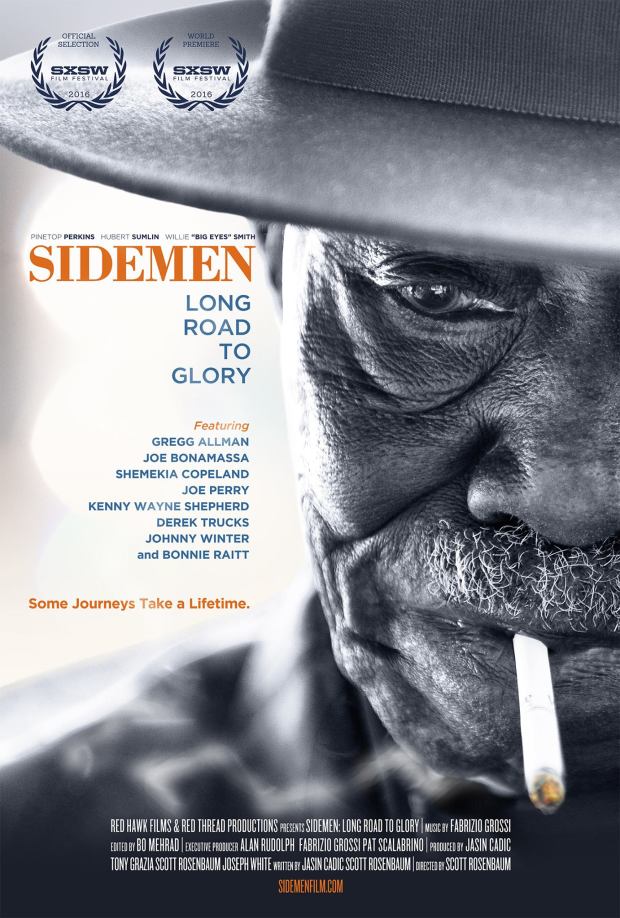 What better way to kick off a blues documentary than with the most famous riff of all time?

END_OF_DOCUMENT_TOKEN_TO_BE_REPLACED

The Oxford American journal hit my radar sometime this summer when my favourite New Orleans radio station wwoz.org featured one of their articles on their Facebook page.

Being a huge fan of typography, I was immediately taken with how the ‘Oxford American’ looks and feels; they have exceptional taste in fonts.

Oxford American is a non-profit organisation in Little Rock, Arkansas and they publish a quarterly journal with an annual ‘Southern Music Issue’. Who knew?

I pre-ordered to be sure of my copy.

When it arrived on my doormat last month I was NOT disappointed!

Here’s what I found when I opened the package.

“Visions of the Blues” looks and feels beautiful.

I love that they had three print runs – each with a different artist featured on the cover. John Lee Hooker, Bonnie Raitt, and Adia Victoria.

(They sent me the John Lee Hooker cover – how did they know?)

The journal comes with a 23 track CD and the most comprehensive song notes I’ve seen in a while.

Seven whole pages! (Not to mention some of my favourite songs and lots of new ones.) 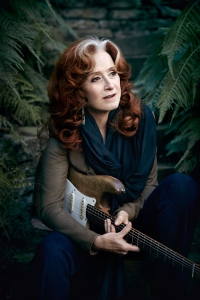 “I was searching for a vision of womanhood that I didn’t find suffocating, so it was a real relief to have the likeness of a grown-ass woman like her around.”

Hight shares her personal story of how she came to own the entire Bonnie Raitt catalogue as an introduction to her artist profile of the blues-woman she so admires:

The article references a wonderful clip of Bonnie Raitt being interviewed on Late Night with David Letterman. She comes across as entirely natural and engaging. The whole show is worth  a watch:

She is later joined by Sippie Wallace and together they perform a duet of Sippie’s own ‘Woman Be Wise’. Sippie takes the lead vocal, while Bonnie backs her on guitar. They come together in harmony towards the end. Both of them are having a ball and you can feel the love and respect between the two of them. (The duet is in the clip above, for the original listen below.)

You can read the full article here.

Picking Up the Piedmont Blues
by Benjamin Hedin

“To study the blues means owning up to the fact that what has been preserved is often a consolation prize.”

Hedin presents an insight into Piedmont blues as the context for new music composed by jazz pianist Gerald Clayton and performed in a concert Piedmont Blues, Duke theatre, North Carolina, this December.

He describes the history of Piedmont blues and its evolution alongside tobacco farming. It was played in the curing barns at night and in the warehouses during auction season.

“Piedmont falls on the lighter edge of the blues spectrum, with a bounce and a shuffle that we do not hear in the blues of the Deep South… and its rhythms are traceable to dance.”

The article references a clip of ‘flat-footing’ recorded by Alan Lomax in North Carolina in 1983. Algia Mae Hinton, blues guitarist and banjo-picker is hanging out with some friends, playing music and dancing. It makes me want to get up and join them. I bet you do too when you watch.

You can read the whole Picking up on Piedmont article here.

SO MUCH GOOD STUFF

There is so much good stuff in the Oxford American Southern Music Issue, this list could just go on. I learned so MUCH!

Jay Jennings introduced me to Robert Palmer, music journalist and author of ‘Deep Blues’ and ‘Blues and Chaos’ – two books that I’ve added to my ‘blues books I MUST READ’ list.

David Ramsey shone a spotlight on CeDell Davies, a slide guitarist with a unique sound attributable in part to a disability caused by childhood polio, plus his mother’s butter-knife. That article sent me TOTALLY ‘down the rabbit hole’. [Related post: Blues Heroes – Cedell Davies]

Gayle Wald takes us on a trip through the living blues of Rhiannon Giddens (founding member of the Carolina Chocolate Drops).

‘See My Face From the Other Side’ is a scholarly article by Daphne A Brooks, which is what you’d expect from a professor at Yale University. Her piece is subtitled ‘Freedom is a Blueswoman’s Prerogative and gives an analysis of a rare recording by two women blues musicians in 1930.

So not only is this a jewel of a journal,  beautifully put together with a free CD, artist profiles and historical analysis there are also short stories and even poetry.

I’ll leave you with a few lines from ‘Making Love to Buddy Guy’ by Patricia Smith:

and droop, but hit man here beguiles with the hesitation twang
and the stutter of porch, a dusty lust as close as real religion”

Oxford American Southern Music Issue 18 ‘Visions of the Blues’ is on sale here.

Thoughts or comments? Scroll down. I’d love to hear what you think.