In my personal journey in music discovery, I’ve found it difficult to differentiate what some call ‘blues adjacent’ versus ‘traditional blues’. Not just because of differences in opinion about what falls under the umbrella of ‘traditional blues’, but also because modern musicians don’t exist in a vacuum!

Despite opinions by (let’s say) fairly vocal figures in our dance community on what traditional blues is-or-is-not, there is, in fact, a category of music for which awards are given every year with that exact title: 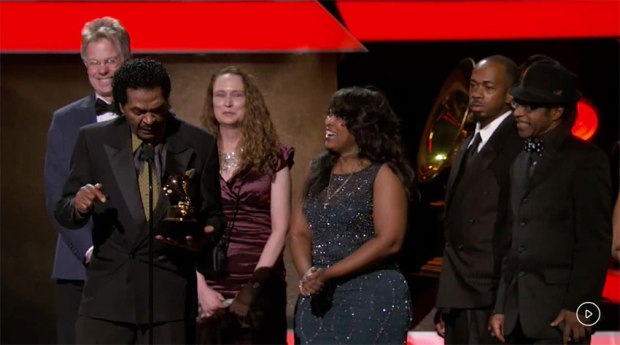 Hopefully, this isn’t news, but if you want to know what the ‘real experts’ think, check out who won awards over the last few decades. Blues is alive and well and did not end with the death of <insert an opinionated DJ’s favourite artist here>.

While some attempt to recreate the work, style or sounds of the Kings, Willie Dixon, or Son House note for note, others (dare I say it) fuse contemporary influences with longstanding tradition.

Put a little sugar in there

Take this example. It doesn’t get more traditional than two Bluesmen meeting up in a grungy joint (in this case Seattle’s Highway 99) to recreate Son House’s “Death Letter Blues.” They are clearly invoking the sound and styles of yore, but to pretend that these same artists don’t hear the music of their contemporaries would be absurd!

Check out this recording, made just a few hours away outside of Portland, OR last year. I love Sugar’s introduction because it lays it out there; where he’s from, the Pentecostal Church, and who he listened to.

Drake Shining (from British hard rock band Deep Purple) slays an organ solo at min 2:00. Can you hear some of Ray Charles’ swagger from “Shake Your Tailfeather” or Booker T.’s “Green Onions”?

I’ll let you debate whether it’s ‘traditional’ enough for you, at the end of the day, shit makes me wanna dance, so I’ll call it good enough.

Side note: did you ever notice that the south side of town is always the ‘bad’ side? Moving on…

One of the things I love about Sugar, is his more intimate performances are like a history lesson in American music. In this medley…

…he borrows lyrics from B.B. King’s “Don’t Answer the Door”…

…then jaunts over to Albert Collins’ “Too Many Dirty Dishes”…

…before settling into some raunchy jokes. I love how he takes his time from 9:15 through 14:40 to just play around and have some NSFW fun (for god sakes put some headphones on!).

God, there are so many names and references to look up. WHAT did he say Etta James taught him??

INSERT: I’ve spent twenty minutes now trying to find a sentence that articulates this man’s mastery of the blues idiom …I got nothing, so I’ll link a videos and name drop instead.

Whereas just about every track on Sugar’s previously released album, “Dangerous”, would fit squarely in the ‘modern blues’ genre, his vocal contributions to the Mannish Boys’ “Double Dynamite” remind me of the old guard — namely, Chicago and Texas Bluesmen touched by a twinge of New Orleans gumbo.

Contrast those cuts with “This is the World” from Sugar’s most recent album, “This World We Live In”

I hear you purists all the way through Tracy’s blog, “that’s not blues!” I KNOW. It’s not. But then, Sugar doesn’t position the album as such. For those of you trying to grow your ears, it may help to differentiate music not with sweeping genre classifications (“that’s not blues” or “that’s not from the trad blues repertoire”), but rather by identifying where elements of a song originated from in the sound kaleidoscope of American music.

Do you hear what I hear, when I compare “This is the World” with Aaron Neville’s “Hercules”?

If you’re still with me, take a listen to the horn lines in “Take Me Back”…

….then compare it to Sharon Jones’ “I Just Dropped In”.

You might mistake the intro to Sugar’s “Troubles” for Sharon’s distinctive intro on “This Land Is Your Land” (complete with ravens?!?)

Never mind the fact that after the intro ends, it sounds most like a glorious crossover of Texas Blues meets Sharon’s “Retreat”

Side note: Sugar is 6 foot 5. I’ve hinted already that he calls himself a Tex-ass Bluesman (minute 2), and yes, that man can shake it (scroll up to ‘Take Me Back’ and find 2:48… gawddamn! get down!). When I grow up, I want to dance like him.

Triple side note: Sharon was diagnosed and treated for Stage 2 pancreatic cancer in 2013 and then was jumping around the stage in 2014 — this woman was somethin’ else.

Back to Sugar and his not-blues album (TWWLI). Talk about non-standard instrumentation! Here, Sugar’s “Don’t Regret a Mile”…

…features a flute which you virtually NEVER hear in Blues. But add to that the keyboard and backup vocals and it reminds me of William Bell’s “All Three of Me”, with a touch more punch and a lot less regret:

Later on that first track, at 4:07 you can almost hear Gladys Knight’s “Leaving on the Midnight Train to Georgia”

Side Note Numero Quatro: @Kayce Speare, if you’re reading this, check out min 13:20 from the William Bell video through 14:20. Watch it in a space where you feel comfortable shouting uncontrollably. Just sayin’.

While “Ain’t Got No Business to Die” has more of Sugar’s bombastic style, the chord changes and energy evoke Sam & Dave’s “Soul Man”…

…more so than his grittier “Keep Her at Home”…

…and am I the only one reminded of ZZ Top’s “La Grange”?

I dunno. At the end of the day, the question “Is it blues?” could not be more uninteresting or subjective. To grow bigger ears, don’t waste time trying to assess “is it traditional (enough)?” The answer to that question is a matter of opinion. And we know what opinions are like…

So instead of looking for something in the music, listen for what’s already there! Enrich your experience by mapping out where, in the rich tapestry of American music, the artist borrowed their influences.

Listen to all the songs on a special Spotify Playlist right here!

And don’t forget to shake that ass!

Many thanks to the author Jae Wilson. His sets have sparked impromptu jam circles as well as uncontrollable shouting, cheering, leering jeering and nonstop dancing. To keep it thumping until the sun comes up, you’re guaranteed to hear a blend of contemporary blues, soul, Motown, Hip Hop (pre-Kanye) and generally great party startin shiz. He doesn’t really play languid gooshy stuff, but when he does, be prepared to git down and sweat. ‘Nuff said. Let’s dance.