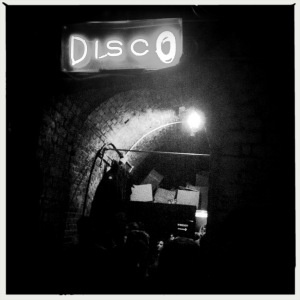 One of my favourite ways to spend an evening is to lay on my sofa listening to music and tidying up my song library. (That’s pretty much what I’m doing right now, truth be told.)

I often listen back over my recent sets and think about what went well (and what didn’t go so well). I might make a note of something I want to remember.

Today, while I was listening, a traditional English saying relating to a marriage custom came to mind:

(A bride that wears something old, something new, something borrowed and something blue on her wedding day will find good fortune, or so the saying goes.)

I like this saying and found myself thinking that it could be used to describe the way I select my music when I’m DJing. (Maybe it brings me good luck too.)

Wherever I am playing, whatever the music guidelines for an event, I will always play at least some ‘classic’ blues music. I love to listen and dance to music that spans the decades of the twentieth century, each decade with its own flavour.

Jazz, blues, RnB, gospel, soul blues and funk from the 40s, 50s, 60s and 70s rub shoulders together and each brings something different to the party. (I like to mix things up.)

We are lucky to have so many incredible musicians play at blues dance events. Whether they play versions of ‘standards’ or their own compositions, they create a great atmosphere.

I often buy and play music from musicians I have been lucky enough to hear live. But I also play music from contemporary musicians that I’ve discovered or had recommended to me. Some modern blues songs have very ’21st Century’ lyrics. (One song I have in my ‘sassy’ folder refers to ‘face-time’!)

Here’s some original blues music by some cool contemporary artists that’s really worth listening to.

Something I l-o-v-e to do is find a different version of a well-known blues song that I haven’t heard anyone play before. I sometimes find myself on a song trail (like I did with Goin’ Down Slow). It’s always interesting to see where a song started and to see how it developed as it was played by lesser known as well as classic artists.

One DJ dilemma I sometimes have is with songs that are so well-known that I am reluctant to play them as they can seem unoriginal.

One example I can think of is ‘Ain’t No Sunshine’; a classic blues song written and performed by Bill Withers. Released as a single in 1971 it was his biggest hit record. I have his version and several covers but I rarely play them. Yet, each time I do, at least one person comes and asks for the song details. (That always makes me smile.)

I’ve put together seven different versions of Ain’t No Sunshine in chronological order. Old, new, borrowed (and all of them blue).

Whenever and wherever I’m playing, at least some (if not all) of my music will be traditional or ‘classic’ blues and jazz.. Depending on the event, I might play ‘around the edge’ of blues, including ‘traditional folk’, ’gothic americana’, ’singer songwriter’ or simply ‘beautiful music that must be played’.

Something I’ve had said to me is this; ‘You don’t always play blues, but your music is always true to the blues aesthetic.” (That is a nice thing for a Blues DJ to hear.)

Anyway, here’s a short playlist of some songs I’ve been playing lately that fall into this ‘not blues but beautiful to dance to’ category.

Makes sense to me.

(I hope it makes sense to you too.)